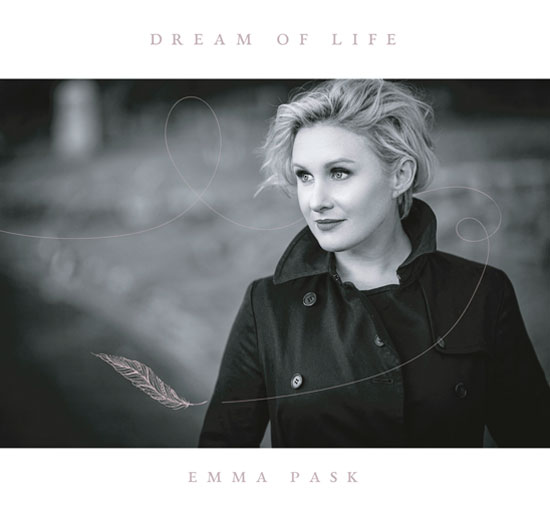 Award winning vocalist Emma Pask has firmly established herself as one of Australia’s favourite voices in Jazz.

Emma will present her new album ‘Dream of Life’ in concert with a collection of beautifully arranged Jazz Standards, a Beatles classic, an Adele pop hit, and some high energy Brazilian magic.

Emma’s effortless and honest stage presence combined with her powerful vocal ability, leaves audiences spellbound and inspired whenever she takes to the stage.

Emma has toured extensively throughout Australia and has had some exciting performances abroad. “Having the opportunity to play live so often, there comes a unique rapport, a connection and energy that builds within a band,” Emma says.

“The repertoire has a chance to settle in, and find a place where it all feels so good. That’s the time I like to head into the studio”.

Sonically this recording is live, raw, real, and up close, sounding and feeling as though you are right there in the room.

While Emma’s voice and style are unique, and individually her own, her performances are reminiscent of the classic era of jazz, when swing was top of the charts.

Her talent was first spotted by internationally renowned Jazz great James Morrison, when she was just 16 years old. She joined his band as the lead vocalist at 16, and went on the spent a solid 20 years touring the world with Morrison.

Emma is a ‘Mo’ award winner for Jazz Vocalist of the year, and has received two ARIA award nominations for
Best Jazz Album of the Year in 2014 and 2016.

Emma will be accompanied by Kevin Hunt on piano, Phil Stack on bass and Tim Firth on drums.