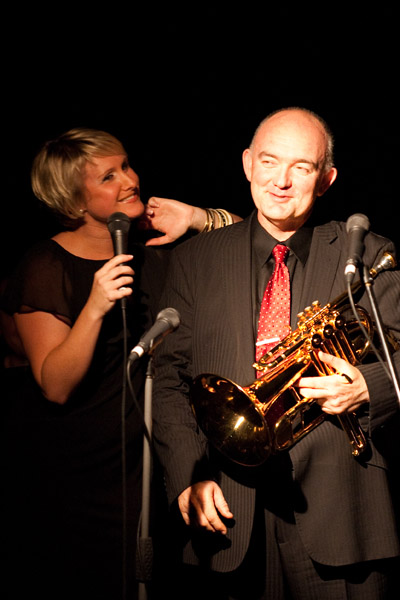 Australian superstar James Morrison returns to perform with the APO in 2018 after a sell-out concert in 2015.

Internationally-renowned virtuoso trumpeter James Morrison will be channelling ‘Satchmo’ in a concert that celebrates the musical pairing of Louis Armstrong and Ella Fitzgerald – one of the best-known and loved collaborations of the jazz world.

Morrison will team up with vocalist Emma Pask to perform a concert of enduring hits from the Great American Songbook including ‘Basin Street Blues’, ‘I’ve Got the World on a String’, ‘Lazy River’ and the unforgettable ‘Hello Dolly’.
Proudly brought to you by Jaguar. Book a test drive today.