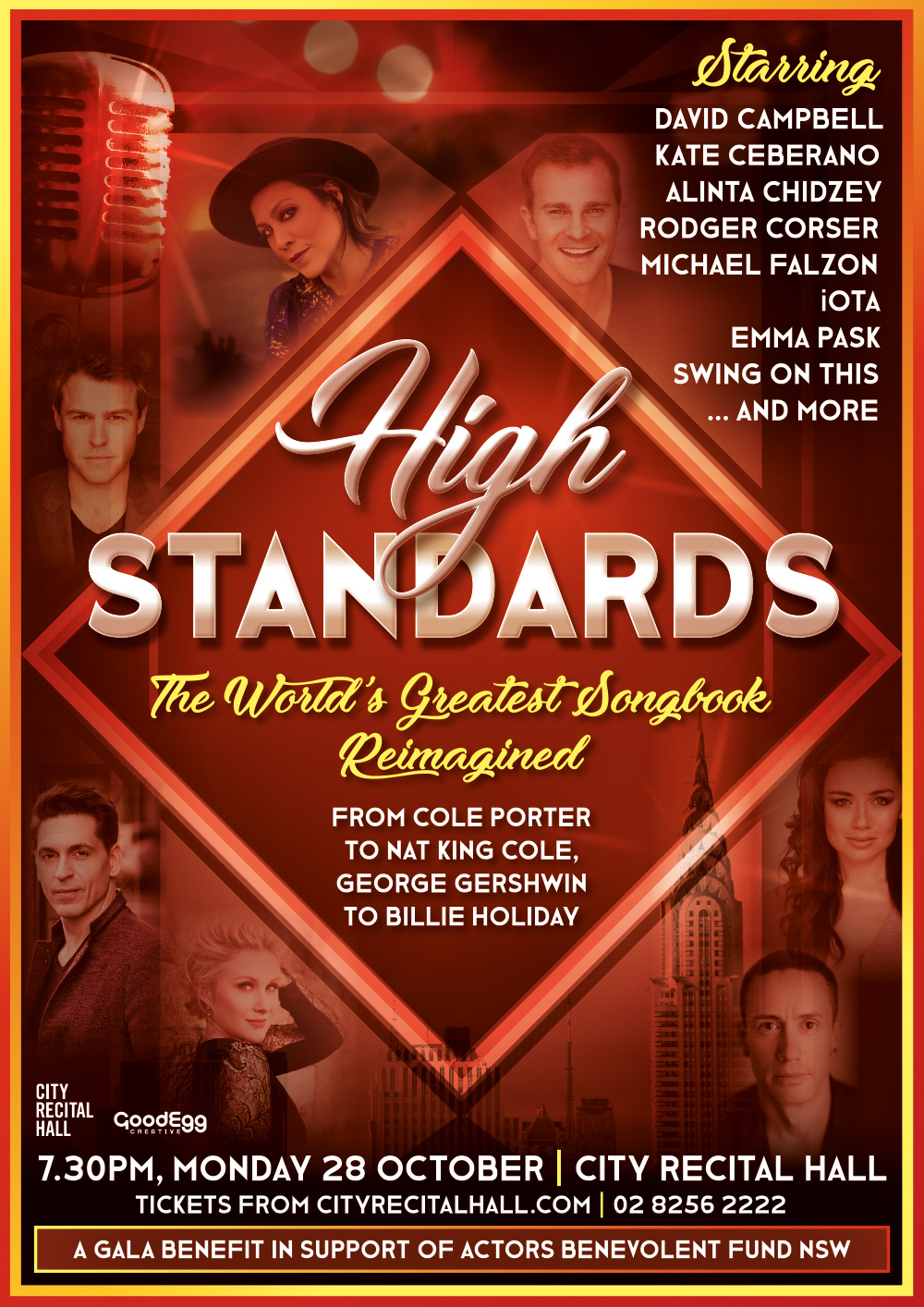 Emma Pask with Michael Falzon and an ALL STAR CAST
Tickets

Raising  much needed funds for the Actors Benevolent Fund NSW.

HIGH STANDARDS celebrates the greatest songbook of the 20th century, featuring magnificent tunes from such writers as Cole Porter, George Gershwin, Irving Berlin and Harold Arlen made famous the world over by the likes of Frank Sinatra, Billie Holiday, Nat King Cole, Nina Simone and many more.

I’ll be sharing the stage with some of Australia’s favourite artists including David Campbell, Kate Ceberano, Michael Falzon, Alinta Chidzey, Rodger Corser, iOTA and Swing On This AU.

High Standards will reimagine beautiful standards like Someone to Watch Over Me, Over the Rainbow, I’ve Got You Under My Skin, Night and Day and My Funny Valentine.

Since 1944 the Actors Benevolent Fund has provided a safety net for entertainment professionals, both past and present and of all ages, giving critical financial help at their time of greatest need.

Join us for a very special event as recording artists join television and film actors and theatre stars for one night only of HIGH STANDARDS.